A 30-something Man with Chest Pain and this ECG

A 30-something man presented in agony holding his chest. He thought the pain was due to esophageal reflux. The patient’s initial ECG in the ED is shown in Figure-1.

Figure-1: The initial ECG in this case (See text).

Dr. Smith: I saw this patient when he arrived at triage, ordered the ECG — and placed the patient in a room. Then I went back to triage.  One of my partners was in the room when the ECG was recorded — and he was immediately concerned about possible inferior OMI.  He asked my opinion:

Being comfortable that ECG #1 did not represent OMI, but instead had to be some type of artifact — Dr. Smith repeated the ECG 15 minutes later (Figure-2). He sent both tracings in Figure-2 to me. 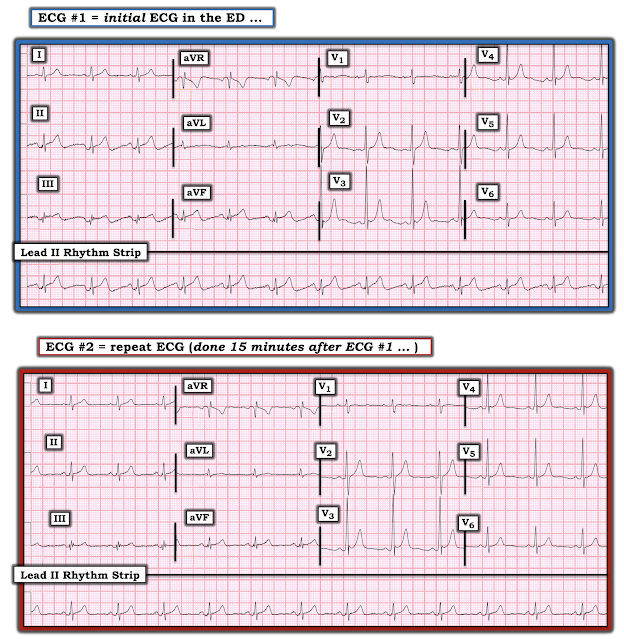 Figure-2: Both ECGs in this case. For clarity — I’ve placed the repeat ECG (done 15 minutes after ECG #1) below the initial tracing (See text).

Ken Grauer Assessment of ECG #1: As noted above — the rhythm in ECG #1 is sinus, here with a rate of ~75-80/minute. The PR, QRS and QTc intervals are normal. The frontal plane axis is normal at about +40 degrees. There is no chamber enlargement. Regarding Q-R-S-T Changes:

Assessment of ECG #2 and Our Overall Impression:

The repeat ECG that Dr. Smith ordered is the bottom tracing in Figure-2. The ST elevation that raised concern in ECG #1 is now gone. Other than resolution of the inferior lead artifact waveform — there is no significant change between ECG #1 and ECG #2.

I find this tracing fascinating but ultimately, I’m afraid, unfathomable. The artifact appears to affect only leads II, III and aVF — in other words it seems to involve the Left Leg connection. The problem, whatever it is — seems to manifest mainly as an upsloping TP segment, slight ST elevation, and a descending limb of the T wave that dips below baseline level, producing a biphasic T wave.

Fascinating ECG! This looks to me like an instance of isolated artifact. I'd agree the Left Leg electrode is the source — and it even looks like this plays into the monitor's calculation of Wilson's Central Terminal for the V-leads when I layered the 2 strips on top of one another.

SUMMARY: Between the 4 of us — we all recognized that the appearance of ST elevation in ECG #1 was a “pseudo-infarction” pattern due to some sort of artifact — though none of us had a satisfactory explanation for the cause of this artifact.

Some Additional Thoughts I Had ...

The BEST way to confirm artifact — is to identify essential components of the underlying tracing that are unaffected by what you suspect is the overlying artifact. 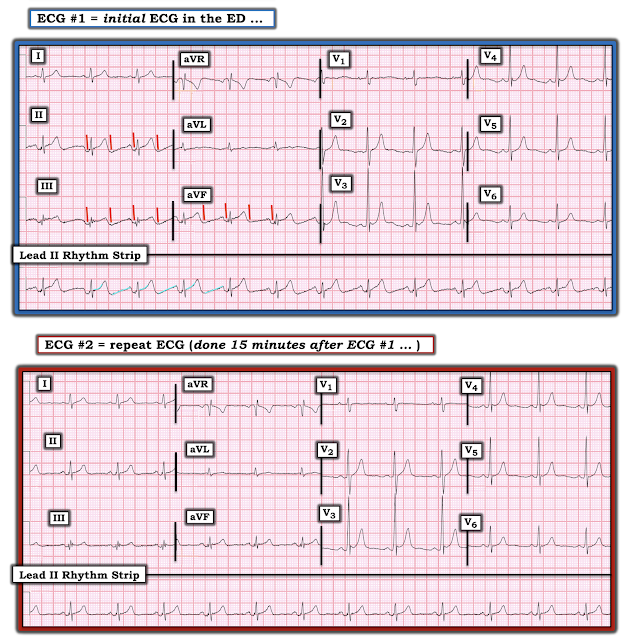 Figure-3: I’ve labeled my thoughts regarding the artifact in ECG #1 (See text).

MY Thoughts regarding the Artifact in Figure-3:

As noted above by David Richley — the artifact appears to affect only leads II, III and aVF. This localizes the “culprit extremity” to the Left Leg connection.

Stepping BACK to look at ECG #1 in Figure-3 from a short distance away:

Final THOUGHTS: We need to go back to the original presenting complaint — in which this young man presented in agony to the ED (holding his chest) because of suspected esophageal reflux.